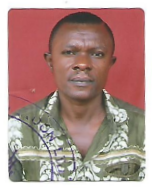 Female Wave of Change is very excited to welcome Phillip Tah as our Ambassador in Cameroon. Philip connected with our organization because he is very committed to make change happen for the women in his country. As our first and so far only male Ambassador we support him to create those waves of change!

“Phillip went to the Government High School Limbe, to obtain the General Certificate of Education Ordinary and Advanced Levels, then proceeded to the St.Pius 1X  Teacher training college for two years to obtain the Teacher Grade one Diploma. Then he received a scholarship to study Economics at the International University in his country where he graduated with a Bachelor  Degree in Economics.

He then began teaching at some Catholic institutions, where he was appointed Headteacher and later Principal, then he joined the government as an Economics Teacher and later Discipline Master. He did a course at the Faculty of Law – the University of Accra in Ghana and earned an  Advanced Diploma in Human Rights and Drugs Policy. He then co-founded the CARITAS FORUM  with one the late female parliamentarians to improve the vulnerable children especially girls and widows by empowering them to become social entrepreneurs and with businesses skills to launch their own enterprises to become financially independent. Later he received an Honorary Doctorate  Degree  from the U.S  in recognition  of his academic writings and  involvement in several peace and  Conflict Resolution  initiatives in Cameroon and a number of countries

He travelled to the U.S  for an international conference in 2013 and in 2015 to start a  PhD programme in  Economics which he successfully ended last year  2019.”

-To  connect  girls and women in Cameroon to  the organization

-To  assist in the empowerment of  women and girls through the mobilization of  financial, material and human resources

-To give the womenfolk in my country a platform through which their voices could be heard loud and clear.

-To enable girls and women in Cameroon to interact with their female counterparts in other parts of the world, share their experiences learn from others or permit other women and girls to learn from them as well.

-To improve the economic and financial situations of the women in Cameroon. “