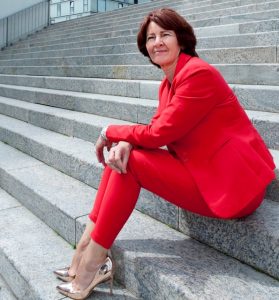 Experiences of racism ignited by a bicultural relationship

“First, this is my story. Not about me, but especially my process on adopting awareness. And inviting you to learn out of it too. Sharing my lessons by becoming a partner and a mother in a bicultural relationship.

I grew up in a white neighborhood in a small village in The Netherlands. Primary school was a white only experience, only the last few years we had two Spanish sisters and a Dutch boy born in Australia. Of course I did not know then, but I was privileged. My father had a job and my mom was at home taking care of us. The only Chinese people I remember, were the tourists asking me for the road to the Windmill Village or from the Chinese restaurant. At my secondary school and joining my brother as a soccer supporter we learned about diversity little by little. We met students and players with roots in Surinam, Turkey, Morocco, Indonesia. Not that large groups and nothing was strange at all.

I remembered my father being seen as a Turk or Moroccan because of his black hair. Elderly people in the flat of my grandparents gave a look of discomfort. We noticed it and we did not pay a lot of attention. It only happened once a while. We mainly saw it as the perception of that neighbors.

Diversity and inclusion, a family culture

A far more different experience was my third employer, a corporate company in the city.

It was in the early nineties. The team of four directors had an Indonesian man. We had inclusion as a representation of background. Maybe not on sexual orientation and for sure not on the representation of people with disabilities. Employees highly rewarded the family culture. Like informal attitudes, easily and dedicated teamwork. Because of the difference in background, our colleagues had several religions. I never felt or noticed racial or other discomfort.

The sense of unity is still there, even we are no longer involved with the company. I am happy to acknowledge that it gave me an open mindset.

I want to tell you, that is not all that you need to know.

Getting experienced and informed, my process of awareness

I found out that I only knew racism theoretically. The murder of a young boy at fifteen, by stabbing by a racist and being refused to take to a hospital by a taxi. A singer made a confronting song “Don’t think in black, don’t think in white, think with the colour of your heart”. In my last term at high school was national news. Still it was like ”a somebody else thing”. Not our life and maybe not our concern.

While going out dancing, I dated my future husband. For years I have been in discotheques and dancing without ever being refused at the door. While being at the side of a person of colour, I learned the experience of racism practically. You are not welcome anytime you want to go out. In a group of friends we went dancing, my girls and our boyfriends. My partner was ignored and denied by not talking to him. It was so offensive, but by being badly surprised and completely overruled, we accepted it. No one of our group, took a chance to improve the situation. As a couple we did not talk about it.

Later on, this man and my friend got married. She invited me to be their witness but my partner was not invited to the wedding celebration. Not allowed to be present. Even more rude than the ignorance in the group. Again no one of our group stood up. I did, my partner could come to the public part, but he was not willing to go. We discussed it, but I did not want to play it hard then, but I surely would do that today. At the birth of their first child I was not welcome to join our friends’ group for the baby shower. Well, I was refused too. It led to a close end, I had to break up with them and indirectly the whole group. Again no one spoke out, I lost four friends. Maybe they tried behind my back, but they never informed me. The whole affair is quite difficult to understand. Nowadays I am very happy with the friends who stayed and with the new friends who came along.

I want to tell you, that we were blown away by surprise.

Being an exception, a curiosity. Being looked at and a topic of gossips. Feelings of being uncomfortable, sometimes even with doubts of being accepted. And adjusting your behavior and thinking to fit in or making things acceptable. Getting questions to explain, what should not be explained. These are things which do not happen to you when you are among your “tribe”. How come?

I lived with my partner in my village, a very white community. Neighbors secretly looked at us behind their curtains. Turn their faces when we walked by. Gossiped. We decided to join a television program to talk about bicultural relationships, opening up minds. Unfortunately it was a disappointing experience. They framed us as a lower class couple by putting an upper class couple in the opposite. The camera was on the lesser part of the street instead of our charming home. Without permission they interviewed my parents. When you do not know the signs, you do not see it. It was a subconscious confirmation.

When my baby twins were born and I walked with them, we attracted a lot of people. Never knowing if it was true interest or just an opportunity for a talk and questioning. Sometimes not hiding their curiosity. It took away fun of walking around. “How beautiful they are!”, people said. I replied that I hoped that my children will be beautiful from inside too. Babies are beautiful, but is that the way people will look at them as adults too? Time would learn.

I want to tell you, these reactions and jokes were repeatedly unexpected and offensive.

Retrospection, lessons and an overview

Events emerge that I did not think were normal, but which I could not place because of the pressure and lack of knowledge. Unknown, subtle, my inexperience. Though your guts tell you something you cannot find a proper way to respond. I had a feeling of constantly fighting all those years. As a partner, as a mother. My husband came from a British colonial country. We strived for equality but had difference in background. Cultural wise like individual or community based thinking, traditional versus modern raising and education. Making plans or not being able to influence on your future. Bridging these differences required a lot of understanding. “I will fight for you as a lioness”, I told my boys at a certain age. A feeling from nowhere. But based on many tiny incidents. Being prejudged in advance instead of looking into the situation. Fighting and defending, like a second nature.

I want to tell you it might not be daily business but it is always there.

These experiences are interpersonal and behavioral. I met it only from thirty up. And nor my parents or (great)grandparents have faced racism because of our skin colour. Actually later on when my parents stood at the school and heard comments on my children and were not recognized as their grandparents. Remembering also that close friend who used the n-word, while we spent time with my children and friends, people of colour. Talking about them, like “the others”. He was blind to see and deaf to hear the feedback. Another loss of friendship.

It can be even institutional, where organizations and companies have employers and volunteers not being aware of what racism is. When we do not speak up, nothing changes. It needs to be expressed that it is not only and mainly about feelings. Of course it is. But it is about painful facts, incidents and patterns. It is all about the system. It cannot be ignored no more… Racism, it is like they slap you in the face. Only the ones who are being slapped, feel the hurt.

I want to tell you, please reflect. And I urge you to listen with empathy and without prejudicie and learn.”

Martha Douwma has given Female Wave of Change permission to publish her story.