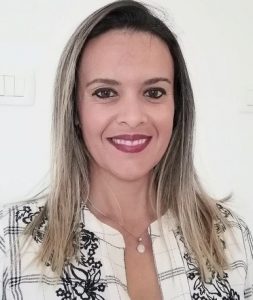 Finding out who I am

“The man who moves a mountain begins by carrying away small stones”  Confucius.

“It is always a challenge to tell our own story. Storytelling comes along with lots of emotions: fear, disappointment, solitude, resilience and happiness. And I believe that mine has a combination of all of them.

I grew up in a community in Rio de Janeiro; I would say that one of the largest in the city.  I always wanted to achieve better opportunities in life. I saw myself as not being part of that community anymore when I was 15, after starting studying English on a language school near home. I always wanted to learn a foreign language, so I could move abroad and see what the world had to offer me.

I was always eager for more

Well, being from a rigid family where my father decided everything, who always had the final word, was tough. I respected him, worshiped him but could not agree with his plans for me. I was always eager for more. I wanted to study abroad and see the world my teachers used to describe in class, with my own eyes. But, unfortunately, my parents did not think the same way. So, I had to swallow my dream.

Anyway, in 2005, I took one of the best and worst decisions in my life (and you will understand later on why it was worth going thru it). I had a long relationship with a guy who had great aspirations for himself in life. FOR HIMSELF. But, as I was crazy and blind of love, I had to be part of that, and insisted on getting married, since he was living abroad and my dream was to join him, so we could move together. Well, the first disappointment came when, after marrying, we did not move abroad. He found a great job and said he would stay in Brazil, so we would start our life as husband and wife with changing plans. In the beginning, I was frustrated, angry, I had very good positions as an English teacher in several language courses and companies downtown, so I had to restart from zero, since I decided to quit and follow our previous plans.

At that time, all my strenght disappaered

In 2008, after just 3 years of marriage, he comes to me on an Easter Sunday and tells me that he met someone else, and he would leave me to join another woman, who was pregnant. At that time, all my strength disappeared. Everything that I gave up doing because of him, came up as ghosts to haunt me. It was the worst feeling ever. It hurt, not only emotionally but also physically. It was awful.

I went thru therapy, I lost 10 kg in a few months, I was really sick, and I felt bad. To realize that I deposited all my dreams, my life, my plans and goals in the hands of a guy who I was sure was devoted to me as well, who wanted to walk together, side by side and build a family. I was totally wrong.

After a few months, I started to get back on track. I changed my hair, my clothes, I was going out almost every night to dance, I met so many people, and was recovering my happiness. Then came the biggest decision in my life. I applied to work on cruise ships, as a monitor for kids and teens. I had zero expectations to be accepted, since I had no previous experience working onboard. But I was so confident I would be called that I changed my mindset, and all my energy was focused on getting this job.

I would finally see the world with my own eyes!

After 1 month of the application and waiting anxiously for that email confirming I would travel soon, it came! For more than 12 years I have eagerly waited for that day! I would finally see the world with my own eyes! I would finally speak English with native speakers, get on a plane, arrive somewhere and travel the world. That was the beginning of a journey I was sure would change who I was forever.

I joined the ship right before Christmas time, so I was kind of hard to leave the family and spend 5 months onboard with strangers thru the celebrations. In the first weeks, I must say, it was odd. I figured out that living on my own, being responsible for myself, taking care of my things and my words were extremely complicated. I was dealing with more than 80 nationalities at the same time, inside a ship, without any previous knowledge of what I should do, or how to perform that job.

I cried the first month. Almost every day. I was seasick because the ship was going thru storms in the Mediterranean Sea, so I was sleeping with pills to be fine for work. I had the wish to resign several times, but then, when I remembered how hard I had to resist and what I had been thru in the past, I got strong enough to proceed.

The fact that I got divorced so young was the best thing that happened in my life.

After that, I went onboard 4 more times, I did 5 contracts in a row. 5 months each contract away from home. I visited 52 countries. My dream was only to step in London and come home, but I went from America to Australia. From one side to another on the map. And I am so proud of all these places I reached that they are part of my journey. I collect magnets and small cups from these places, I have friends and colleagues spread around the globe, and the fact that I got divorced so young and went thru all that suffering was worth. And as I mentioned, it was the best thing that happened in my life.

“ Focus on the journey, not the destination.” Greg Anderson