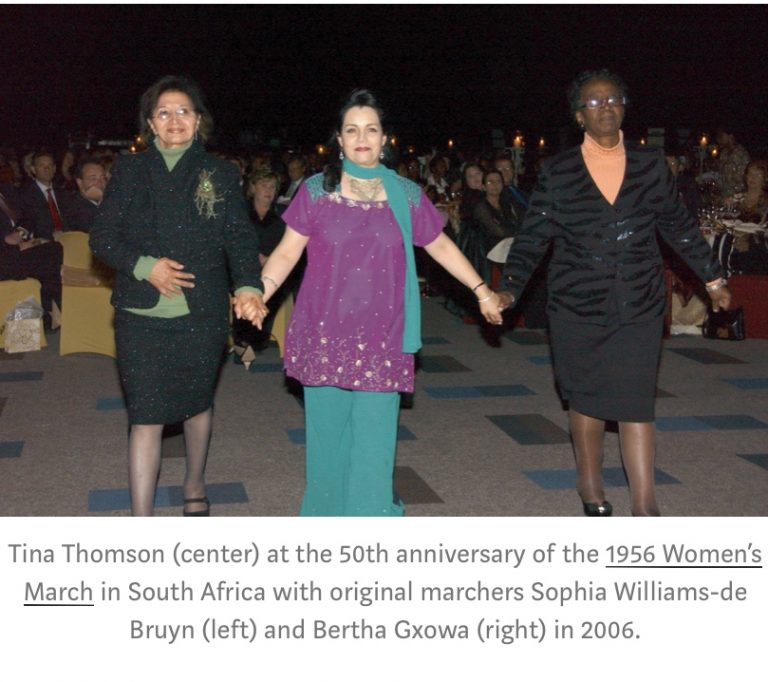 Lessons from Living through Apartheid for Confronting Racial Injustice Today

I was born into apartheid. My parents, both Greek, taught me and my siblings, to respect all people. In fact, I was 6 years old when I realized that our black nanny, Lena, was not our grandmother. She was employed by my grandparents and was my mother’s nanny and had been in the family for over 50 years. She was family. The tragedy is that when Lena passed away, we were not allowed to go into the township for her burial and she was not allowed to be buried in the whites-only cemetery. The injustice of this separation still pains me 35 years later.

I was 13 years old when my brother told me that his school friend, Lesley Leo, could not join him for a playdate because he was “Chinese and had to get home to the township before dark.” The activist in me was born when the explanation was that people not classified as white did not have the right to be out on the streets of the suburbs after curfew.

My belief that we are all created equal kept hope alive in me. I made a conscious effort never to generalize. I clung to one of Nelson Mandela’s quotes when he addressed our country shortly after the assassination of Chris Hani, anti-apartheid leader, in April 1993:

Tonight I am reaching out to every single South African, black and white, from the very depths of my being. A white man full of prejudice and hate [Janusz Waluś was born in communist Poland] came to our country and committed a deed so foul that our whole nation now teeters on the brink of disaster. A white woman, of Afrikaner origin, risked her life so that we may know, and bring to justice, this assassin. (Margareta Harmse, an Afrikaans housewife, recognized Waluś and his vehicle and immediately called the police, leading to his arrest and interrogation.) The cold-blooded murder of Chris Hani has sent shock waves throughout the country and the world. … Now is the time for all South Africans to stand together against those who, from any quarter, wish to destroy what Chris Hani gave his life for — the freedom of all of us.

Mandela’s sentiment gave me hope and reinforced the lesson that we must never judge based on race or ethnicity. In 2006, on the 50th anniversary of the phenomenal march of 20,000 women who challenged apartheid laws, I organized a Businesswoman of the Year gala. I chose to honor two original marchers with awards: Sophia Williams-de Bruyn and Bertha Gxowa. In a video for the event, Ma Bertha challenged young women and said, “So, that is what we did 50 years ago. In 50 years from now, how will you be remembered? What will you do to change the status quo?”

Although Ma Bertha has passed, her question lives on in my heart. Each of us must continue to play an active role to change the status quo—especially right now. Below are a few guiding principles that I’ve adopted through my life, which resonate today as we find our cities and communities in the U.S. rising up to challenge racial injustice and oppression.

Overall, I have seen how our world rises or falls with leadership. In 1995, Mandela founded the Truth and Reconciliation Commission, a truth-seeking, court-like, restorative justice body to allow people to express their stories of trauma. This created a platform for the healing process to begin. People need to heal so that peace is sustainable. Compassionate leaders understand this. Today, each one of us can use our voices by voting for local, state and national leaders that will hear us.

Tina Thomson is the Chief Operating Officer of Openbox, a design and innovation studio improving urban equity. She is an author, experienced leader, and certified executive coach. Her leadership coaching transforms individuals and companies, keeping them relevant as the world of work morphs every three months. Her roles have ranged from PR and branding to HR and labor law. She has also owned and run four businesses.