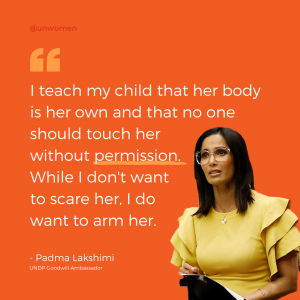 A Story of Violation of Female Integrity

(This story is published anonymously in the month of extra focus on “Gender Based Violence”. The identity of the writer is known by the board of Female Wave of Change and a member of our community)

Phumzile Mlambo, UN Women Executive Director said: “I urge every leader, woman and girl, men and boy, across every sector to stand by and stand with survivors, activist, women human right defenders, and women movements in ending violence against women and girls around the world”.

Women and girls need this support so much because of the impact on their life and the side effects on society as well. The emotional impact has a lasting effect. Shame needs to be set aside and courage needs to be found, to speak out and stand up for yourself. Victim blaming is common, but also rejection or stigmatization.

Female Wave of Change is responding to this urgent call for action. Ingun Bol, founder, and Yvonne Kgame, member of Circle of Wise Women, invited us to share our stories. “Your story will inspire, empower, educate and heal other women”. As a member of Female Wave of Change I will share my story, thoughts and actions.

Shy and innocent me

I was a naive, friendly and shy girl because of my character, how I am raised, and my education. Mainly because society wants us to be sweet girls, looking for harmony, listening and obedient. I did not stand up for myself; it was not developed within me, or strongly stimulated. I learned it afterwards. I had boyfriends and was a follower in these situations; more than finding out what would be good for me.

Unconscious and (no) consent

After some dating and short time relationships I found my first long time relationship at 29 in a time of self-discovery. At the beginning the friendship felt well. Later on I discovered more differences between us. Would we have a steady base for the future?

At a certain time we had sex with consent. There was no consent or plans for a pregnancy but I got pregnant. This unplanned pregnancy was taking advantage of a situation.

I considered abortion. It should be at least a choice, whatever I should decide and without a good talk over it with friends or family. To handle it well, we decided to go to a specialized center to be informed about the process. My partner told me that he would leave when I choose abortion. This force is actually a kind of treat to push on the decision making instead or considering what would be best in the situation or what would be my needs. I felt abandoned. At the center, I ignored my feeling and took a rational decision to carry out the pregnancy.

A few years later I try to discuss how the pregnancy had happened to me and referred to the role and responsibility of my partner. Only once he confirmed it a little bit. However, in this talk though he denied like it did not happen. Both because of rejecting responsibility and also because of a lack of empathy and consideration towards me and women in general.

As it was already difficult to talk about abortion in my environment, it was even more difficult to tell that I was taken advantage of. It was my responsibility, my stupidity as my confidence was being violated. I felt ashamed, I felt lack of courage to tell and to face the response “how could you…..”, blaming me.

After many years, many birthdays of my child and even my birthdays there were reminders how this one occasion deeply changed my life. The violation of my personal integrity. This major change giving me joy, pain and responsibilities. The one who was also responsible showed lack of it. Towards the situation and towards parenthood.

As a single at the age of forty I discovered the difference in values and needs of male and female. As a single before thirty I discovered that men are not always serious with women. It often causes heartache. At forty and single it seems you are even more a target for hunting men, interested in short term and easy contacts. Better be friends with benefits than true commitment. Your vulnerability is a key to be easily conquered. Many men were not single but involved in relationships. Which you hear afterwards. Why should we accept being second best? Why are we valued for being interested like this? Even in a professional setting you are not free. As a married woman I was quite protected by my status. As a single I often was approached. Married men again. One man even had a pregnant girlfriend for his second family. Dating and meeting men brings also a lot of sexism. Meant as compliments or just being rude because they truly don’t understand the impact of these words. These compliments make you feel like you are an object instead of an equal partner. It is required often to set your boundaries, it needs to be repeated, explained and there is no guarantee. It is not only my experience, I hear this stories often from my friends and they are not the only ones. It is the system. Don’t fix the girl or the woman, fix the system!

This story is because of my experience and I have not talked about it often. What I could do, is raise my boys with awareness of integrity in relationships and consent in their sexual relationships. I started talking about sex at a very early age. Even though they were boys and I was their mom. Their father felt no need to take this responsibility and that is why I took the lead, also because we were divorced. I wanted to be sure that this would go in the right way. I started small about friendly relationships between male and female, about kissing and gradually bringing more topics in.

In the first week of secondary school my boy announced proudly that he was the winner of the sexual education contest. He easily shared the news with his brother and me. Several times on social media I told about this openness in our family to make the topic accessible and inspirational. What I put in is what I got in return. In my dating time my boys told me what to do or not. It was nice and funny to hear back what I taught them.

Please let us not only teach our daughters, but also our boys. Let us raise them to be the men we would like to meet ourselves.

I love to share stories and inspiration. And I hope a lot of women are encouraged to share their stories too, because we can learn a lot of it and of each other. We can do it in our circles and when we dare in public too.

By making and telling stories I want to contribute to the awareness that you can take the lead in your personal growth and strength. Together we can strive to keep our mutual integrity and have respectful and valuable relationships.

The writer is energetically lead by heart and purpose. Driven by gender equality, independency, leadership and concerns towards the society and future.