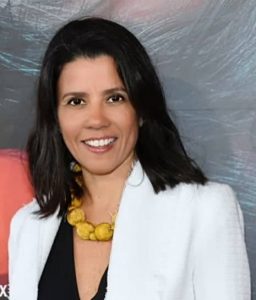 We are very excited to welcome Marta Berglez as Female Wave of Change Ambassador for the Balkan area. Marta will work closely with our Ambassador in Slovenia and regional coordinator Tanja Bogataj, Global Ambassador Saskia Harkema, Ambassador Turkey Saadet Ozdemir and the Wavemakers in the Balkan area. An area with a lot of challenges that ask for a regional approach. Marta is based in Slovenia.

Marta Berglez is originally from Rio de Janeiro, Brasil and has been living in Slovenia now for 6 years. Marta has worked for 25 years as a manager and international public relations in the luxury market, representing a multinational company all over the world.

After moving to Slovenia, she became the president od the Council of Brazilian Citizens and has founded Sementeira, a project to maintain and promote Portuguese Language and Brazilian Culture. Marta also founded in partnership with the mothers of the local community the project Mala de Heranca: workshops for children from the community to learn about Brazilian culture and Portuguese language.

Marta is a mindfulness practitioner and coach. She loves to write and has published many
poems in different anthologies.  Through her project she organises and promotes cultural events.

Marta is currently the president of the International Women’s Club of Ljubljana and together with members and board has organized and supported charity events for kids, adults and women. The association has also launched a campaign for diabetes awareness.

“I support Female Wave of Change because I believe that this platform brings together strong women who are willing to face challenges with their talents, solidarity, and sense of community to make important achievements to the world. This purpose is aligned with my own mission and beliefs and its a joy to be part of it and be able to share my path with those great women.”