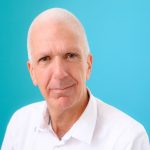 By Pieter Grimbergen, member of the Female Wave of Change Circle of Wise Women

But what exactly is that difference. And how can it be defined…can it be defined? As a man, gay, hard working, trying to live to my values as much as I can, trying to give the best I can, I reflected on this issue. To start is where I end: I still don’t know but the difference is there, and the mixture is ‘the power of everyone’.

Ingun Bol asked me to join the Circle of Wise Woman. Wo-men. Not only do I want to contribute to this fantastic initiative, but I also have the desire to learn from other members. By reading their stories, articles, watching their videos and how I am looking forward to a conference where we all can meet in real life, not only virtual, but by being able to react directly, exchange our things we find out and exchange our questions. Isn’t ‘asking questions’ the most human aspect of life! This is one of the few convictions I have…

Life if full of contradictions

Communities like the FWoC and many others are so useful: breeding places of learning. To reunite female and male, also in our community here, I think first of all it is very important that we stand for ‘being enough’, what you are, who you are, race, gender, political direction, female or male. I feel angry at a society that makes so many people believe that they are ‘not enough’. I do hope that female and male will unite in this. A role for Wise Women, I do think.  That brings me on a returning theme, the gender differences in how we treat each other, in how chances in life are influenced by gender matters. And in several parts of the world (Africa, Asia, Arabic countries) and in lots of religious circles men are still in favor when it comes to job opportunities, justice, rewards (financial, status and material).                                                                            You may call it a kind of institutional sexism, here we have an ‘ism’ and perhaps one may say that most ‘ism’s’ should be erased in this world.

I do have little confidence that this can be realized, but asking attention for this is an absolute obligation. I never join a community, or an organization with idealistic statements, with the vocation of “achieving great things”. Being aware of what you say is no 1 and suggestions, which can easily lead to non-verbal promises, can be dangerous. Most of all I hope that both ‘female waves’ and ‘male waves’ connect. Join each other, and to be honest I do realize that there is a long way to go especially with ‘male waves’…so asking myself questions about female and male in my own life, my only answer is: try to connect them. The hard line is not the best one, it excludes a lot.